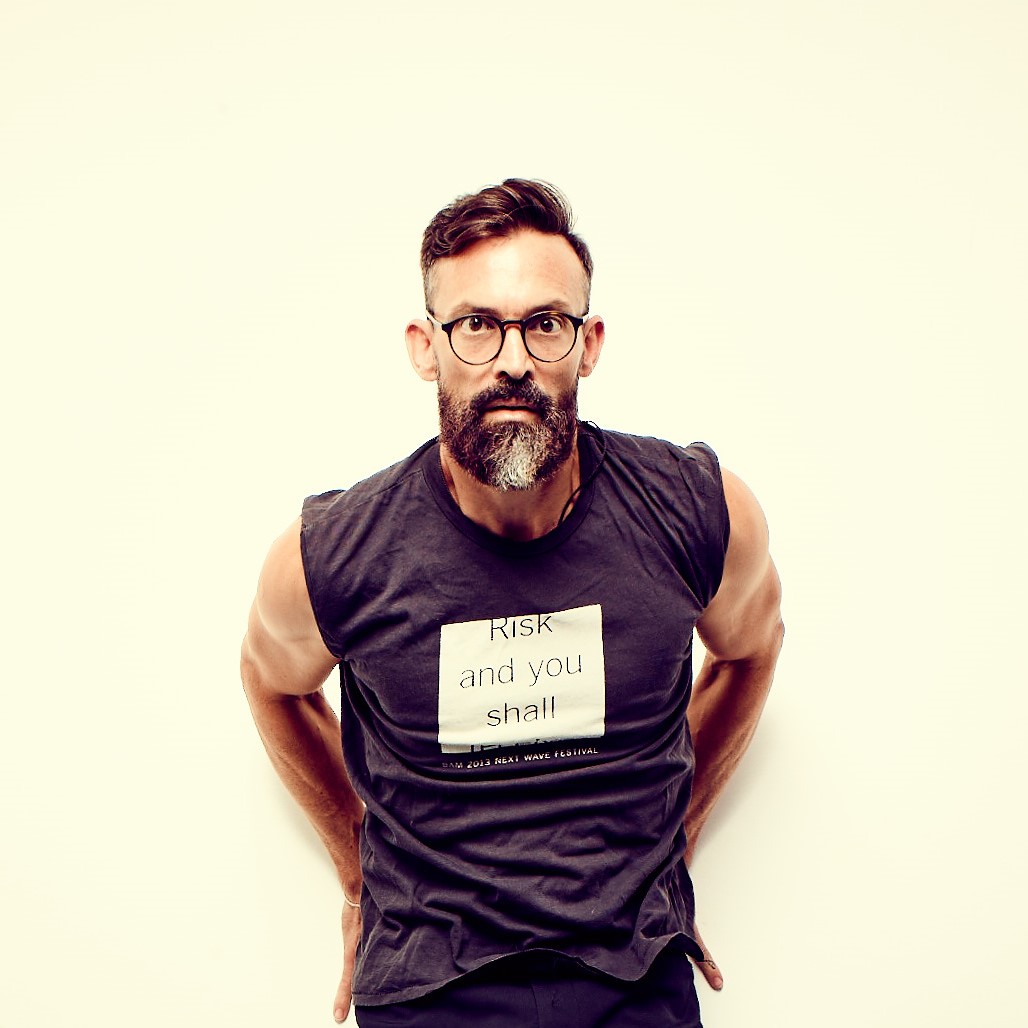 After having studied dance in Geneva, Athens and Lausanne, Fabrice Mazliah was part of the Nederlands Dans Theater for a few years and than joined the Frankfurt Ballett in 1997 under William Forsythe and continued into the Forsythe Company until summer 2015.
In parallel Fabrice produced several works of his own and in collaboration with other artists, pieces such as „The Manufactured Series“ (2018-2020), „In Act and Thought“ (2015) for the Forsythe Company, „Eifo Efi“ (2013), and „Cover up“ (2011) with the collective MAMAZA. Those pieces are presented in important Festivals and venues worldwide. Fabrice teaches in workshops, seminars and Ateliers based on research and improvisation.